Following from last week’s story about silk bridal veils, this post focuses on another rare use of silk in spider courtship behaviour: the giving of silk-wrapped ‘nuptial gifts’.

This phenomenon has been most well studied in two spider species in closely related families: Pisaura mirabilis (Pisauridae) 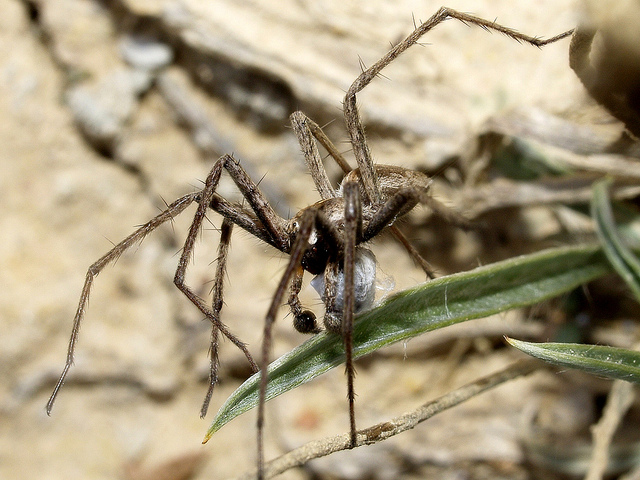 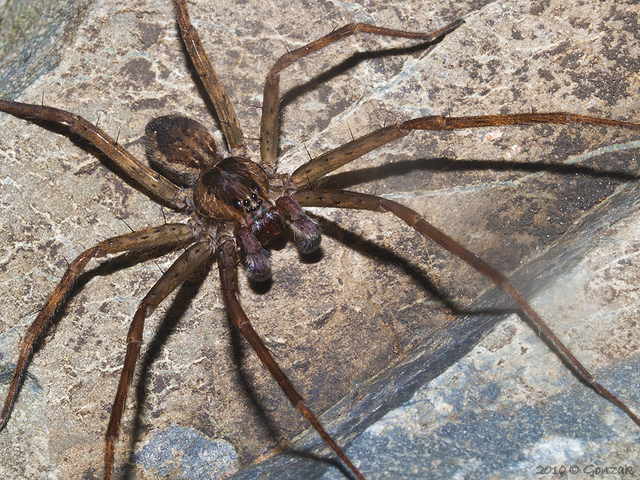 Male of genus Paratrechalea. (Photo by Gonzalo G. Useta, licensed under CC BY 2.0)

These spiders can teach us three valuable lessons about gift-giving in advance of the holiday season*.

In both families, nuptial gift giving behaviour is essentially the same. Before mating, the male obtains a prey item, (usually) wraps it up with silk, and offers it to the female during his courtship display. If she’s in the mood, she’ll grasp the package in her chelicerae, and while she’s busy consuming the prey inside, the male will copulate. It’s possible to mate without providing a gift, but in both Pisaura mirabilis and Paratrechalea ornata, males that give gifts have higher mating success: they have longer copulation durations and fertilize more of the female’s eggs.

2. Failure to wrap delicious gifts may result in their consumption, but no sex.

Females willingly accept unwrapped prey items, but may run off with them before mating can occur. This happens much less frequently with wrapped gifts, which are easier to hang on to. In Pisaura mirabilis, if the female tries to abscond with a gift that he still has in his grasp, the male goes limp (called thanatosis, or death-feigning) and allows himself to be dragged along with the gift. Once the female settles down to eat it, the male springs back into action and copulates.

3. Attractive silk gift-wrap will effectively disguise useless items, but only for a limited time.

Visual appeal may play some role in whether females accept nuptial gifts, but in Paratrechalea ornata, there are chemical cues specific to the male’s gift-wrapping silk that elicit female grasping behaviour. One of the advantages of this is that males can get away with giving females worthless items such as seeds, plant material, or prey that they’ve already fed on. Provided it’s wrapped up in attractively scented (or tasty) silk, the female will accept the gift and the male can copulate. As soon as the female realizes there’s no food inside the package, however, she’ll cut the mating short.

So there we have it. Pick the perfect prey item, wrap it up in silk, and hang on tight!

*Lessons may have limited application to non-spider interactions

REFERENCES (also linked in the text)