Recently, Sean found a lovely pale spider in his mother’s garden in Victoria. Neither of us recognized it, and after a bit of research, I was able to identify it as a member of the family Anyphaenidae. Spiders in this family are called ghost spiders, and this is the first one I have ever encountered. She is now living in a petri dish on our bookshelf, and has made herself a cozy silk retreat inside a curled leaf. 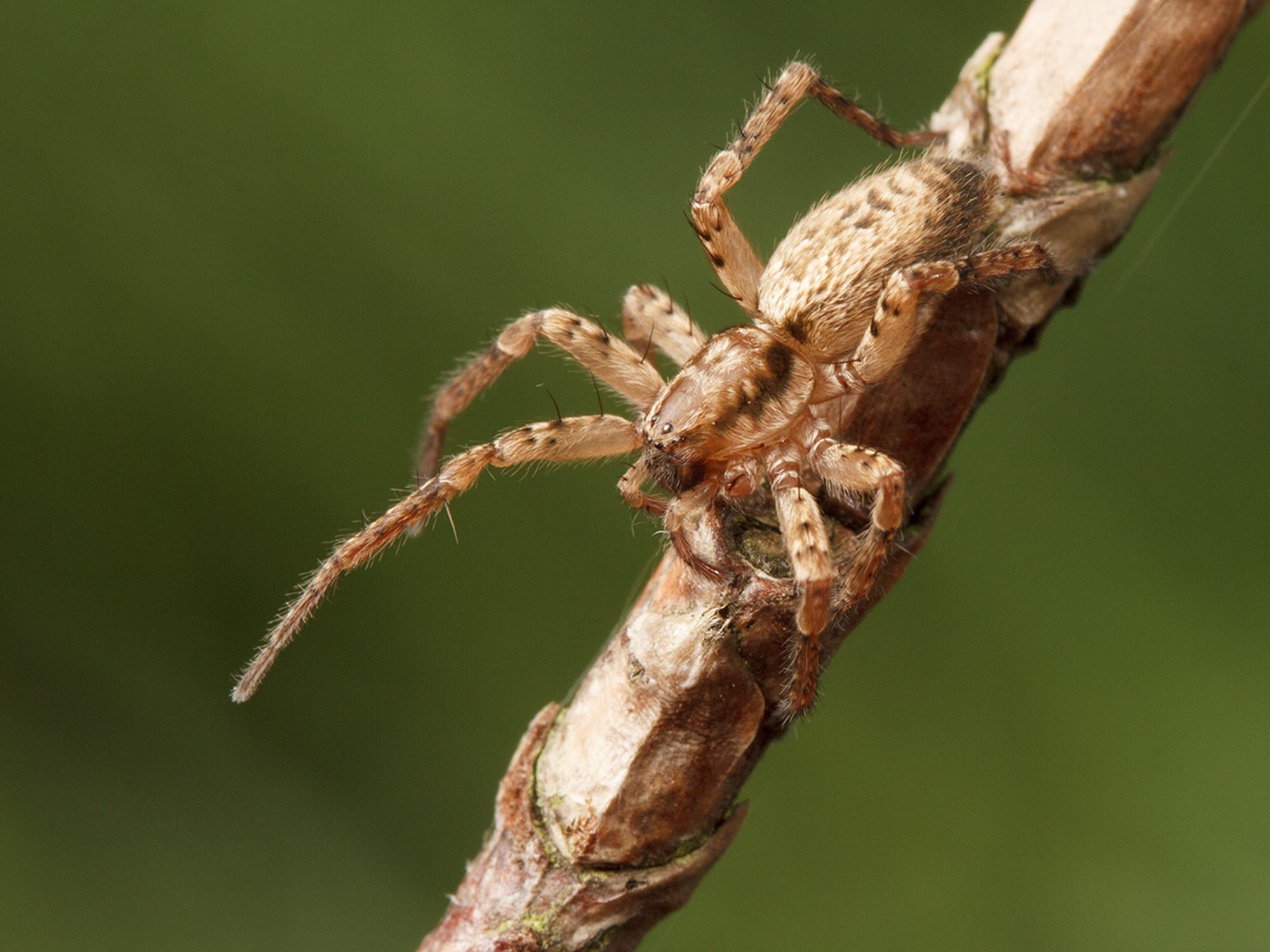 Not much is known about the natural history of these secretive spiders. Apparently they are generally nocturnal hunters that spend their days in their silken retreats. Apart from building these “sleep sacs” under leaves or rocks (and of course spinning egg sacs), ghost spiders don’t have much use for silk. 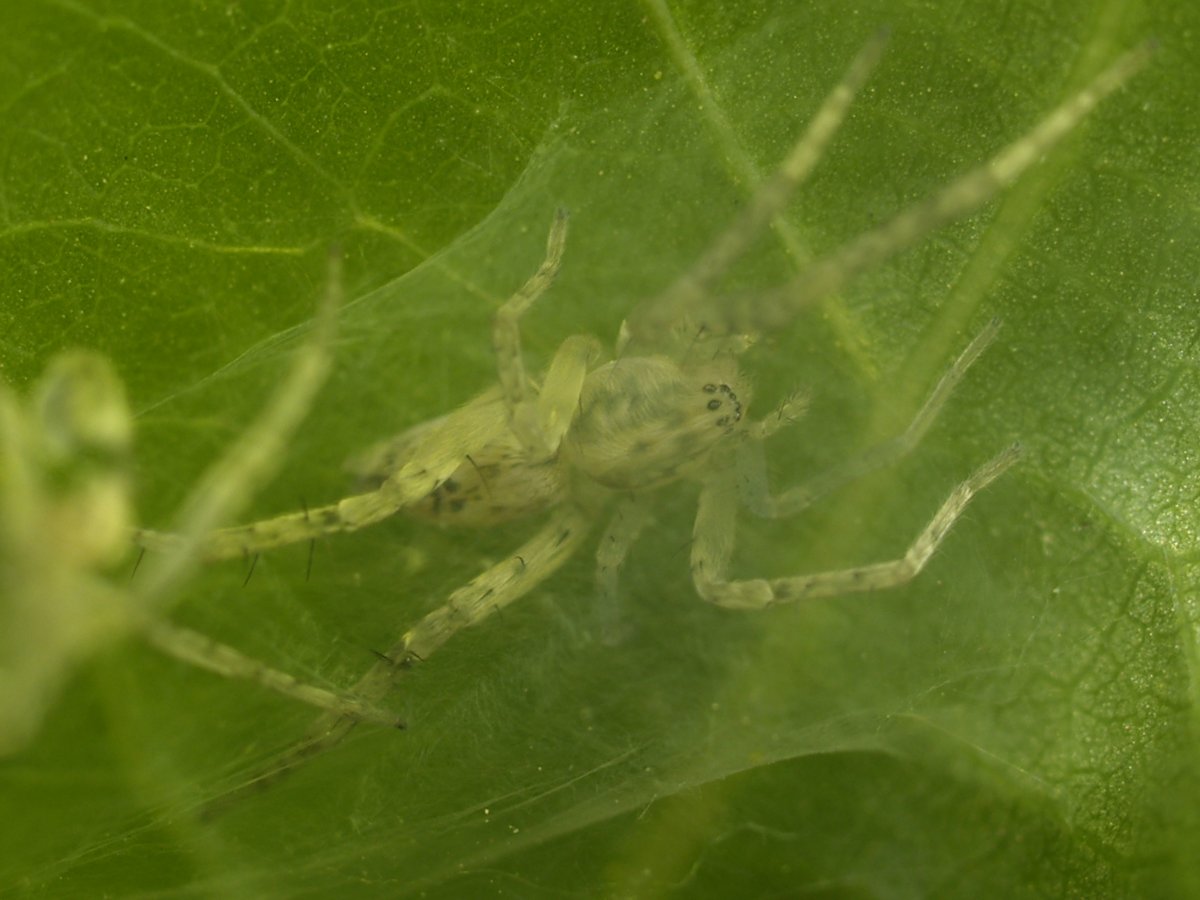 Ghost spider body forms and lifestyles are similar to those of the sac spiders (family Clubionidae), and in fact they used to be considered clubionids. They also have some similarities to ground spiders in the family Gnaphosidae. Members of all three families are wanderers with prominent spinnerets. Luckily for me and others without regular access to a microscope, there are some fairly obvious characteristics that help distinguish Anyphaenidae from other spider families.

Less reliable, but easier to see, is the eye arrangement.

Ground spiders in the family Gnaphosidae often have some oval eyes, whereas anyphaenids’ eyes are all round. 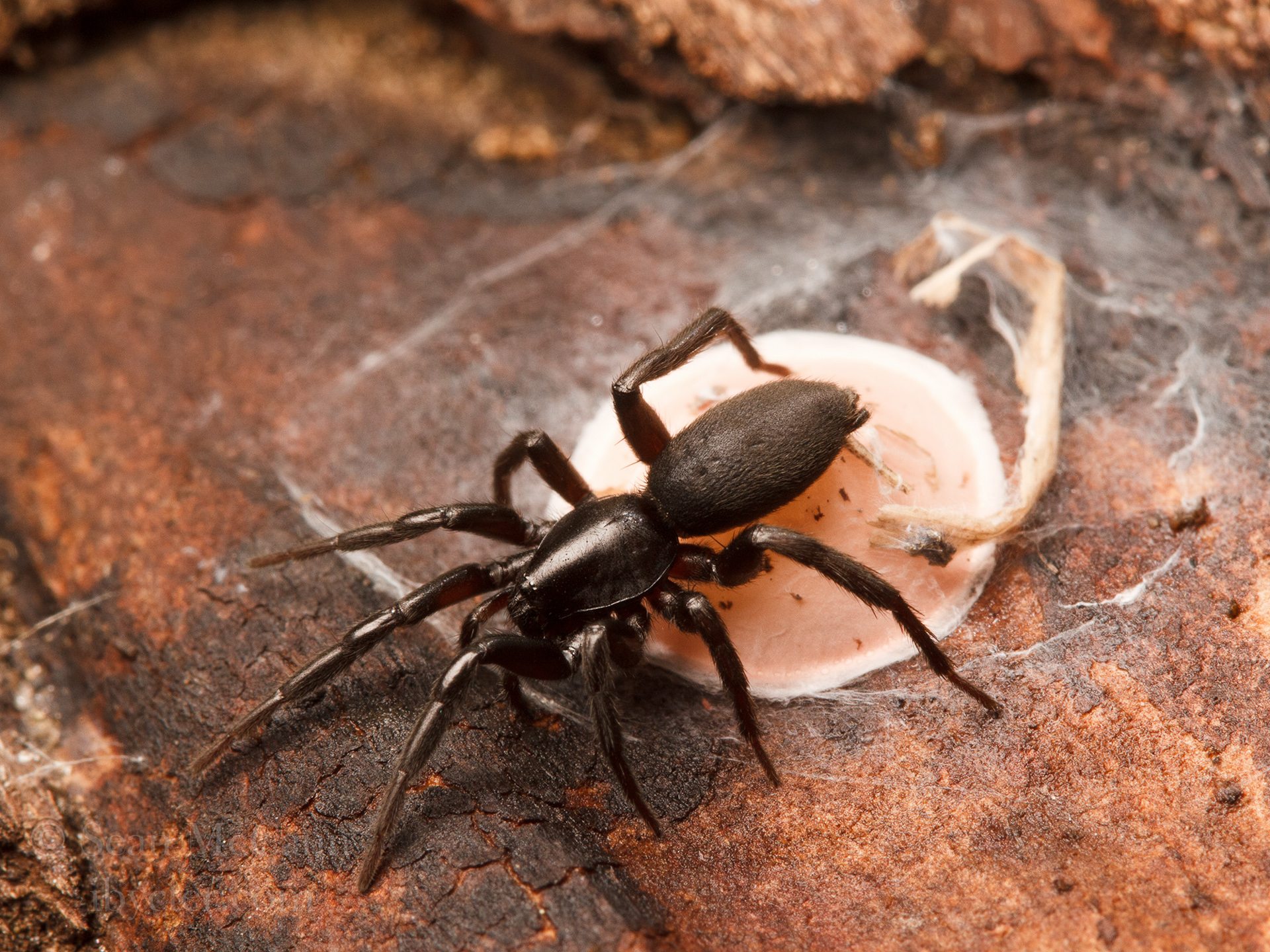 A ground spider in the genus Zelotes (Gnaphsosidae) with her lovely pink egg sac. Note the barrel-shaped spinnerets. I know you can’t really see her eyes – click the link above for a drawing. Photo: Sean McCann

And unlike many sac spiders in the family Clubionidae, the anterior median eyes (AME; the central pair closest to the front of the head) are usually smaller than the other eyes. 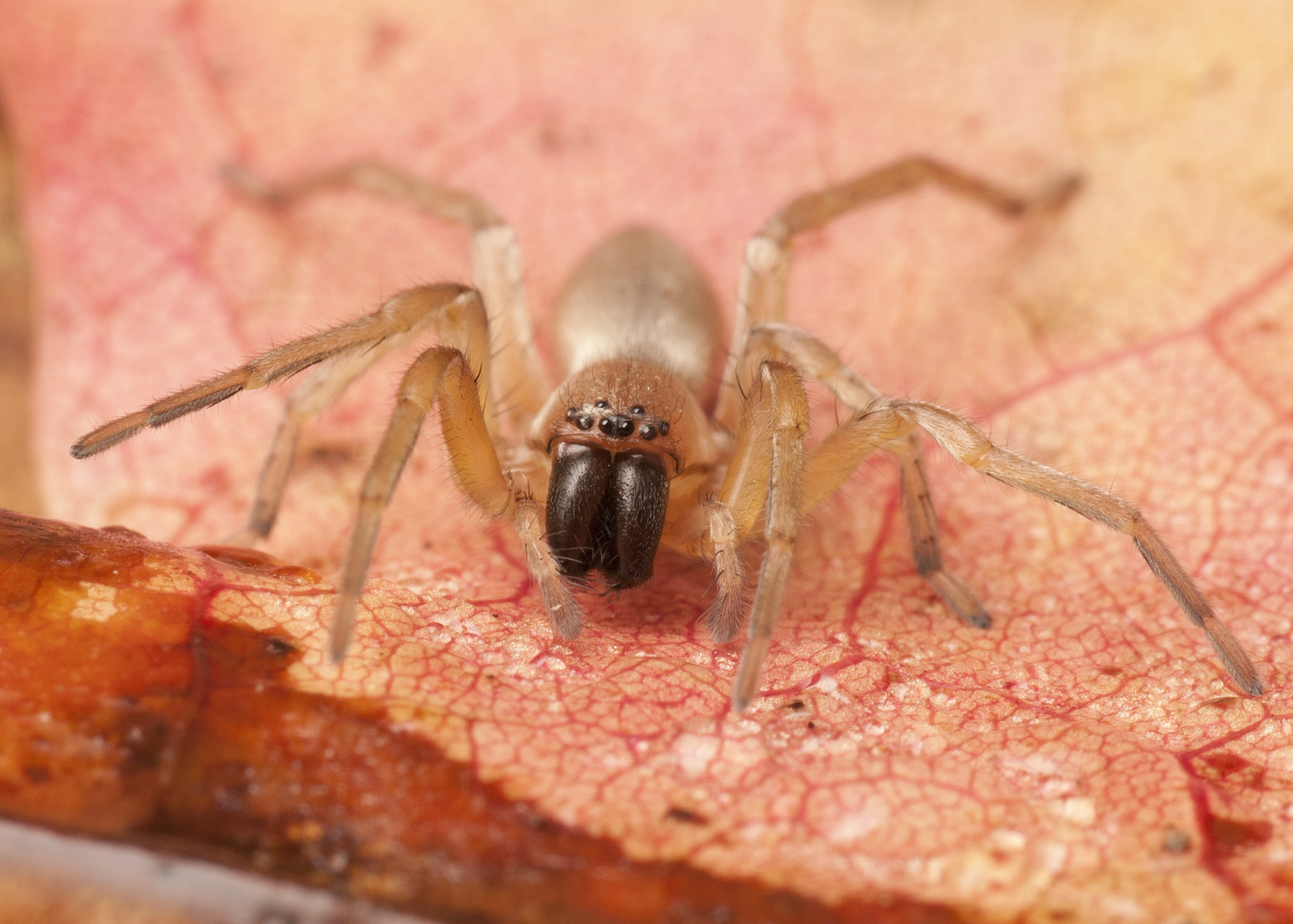 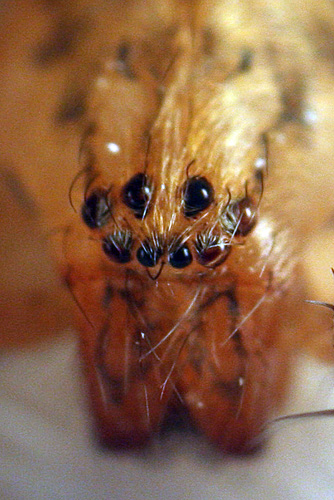 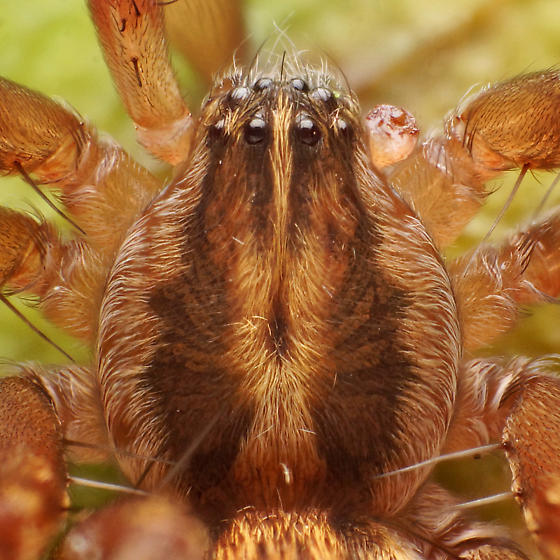 The real giveaway characteristic of anyphaenids, however, is the tracheal spiracle (one of the openings of the respiratory system in spiders). To get a good look at this, it’s useful to have a Spi-Pot. In other similar-looking spiders the tracheal opening is located close to the spinnerets. In ghost spiders, it is closer to the centre of the abdomen. 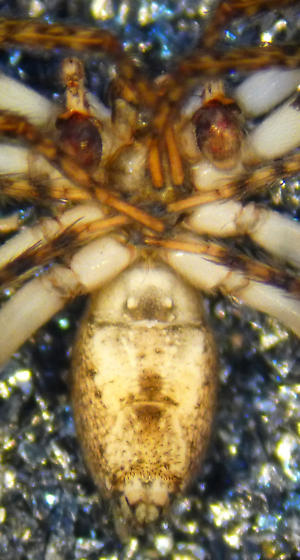 The horizontal groove on the underside of this spider’s abdomen (across the darker patch in the middle) is the tracheal spiracle.

Although not much to look at from the outside, the tracheal system of the anyphaenids may provide us with some clues about their natural history. Internally, the tracheae of ghost spiders are much wider than those of sac spiders. This may be because they have a more active lifestyle than sac spiders; they are certainly very fast runners. Males have even larger tracheae than females, which Platnick (1974) concluded is likely related to their extremely vigorous courtship displays. During courtship,  Anyphaena accentuata males vibrate their abdomens up and down so quickly that it becomes a blur. In contrast, sac spider courtship has been described as “sluggish”.

The ghost spiders could certainly use more study, and I’ll be keeping an eye out for them from now on! 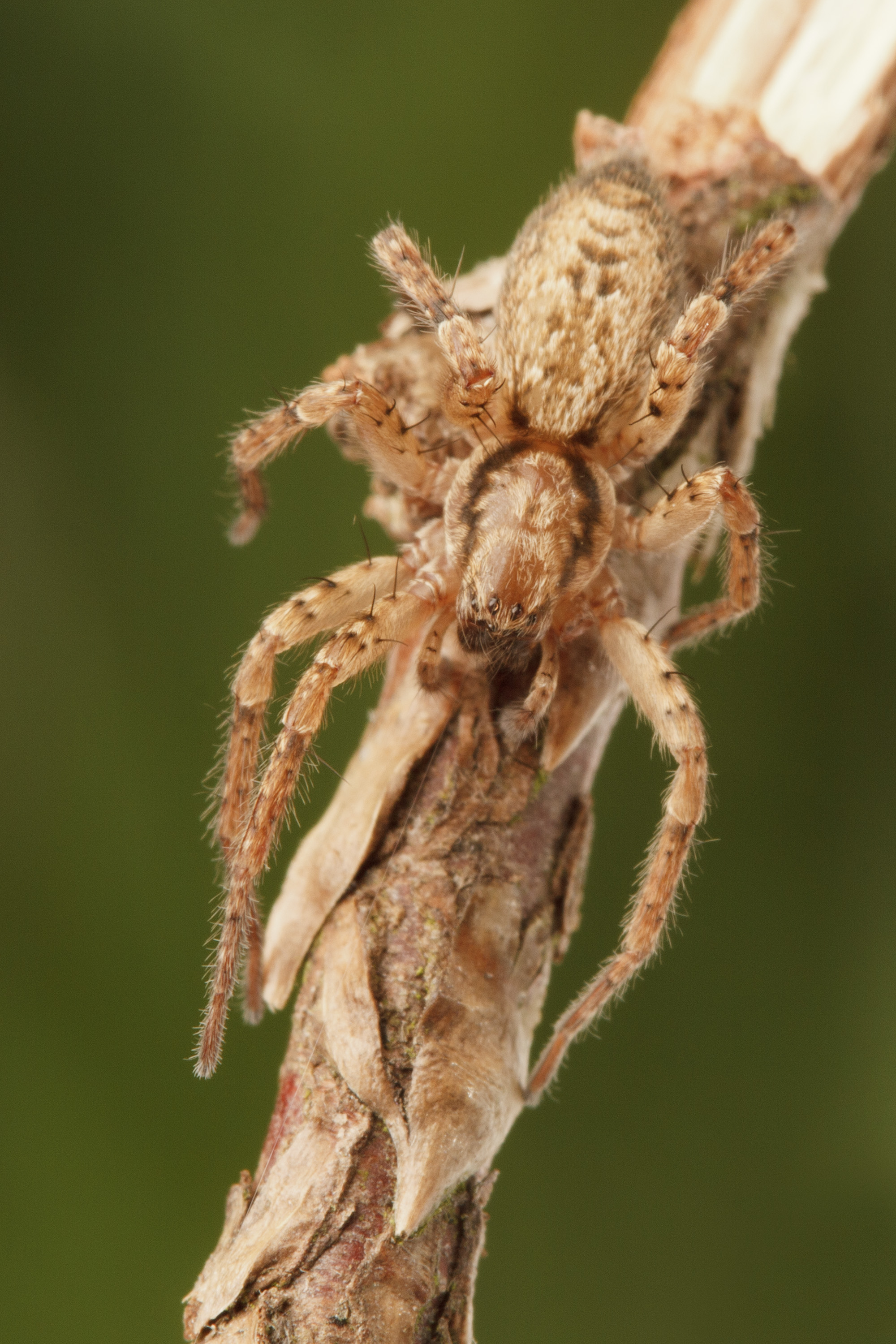